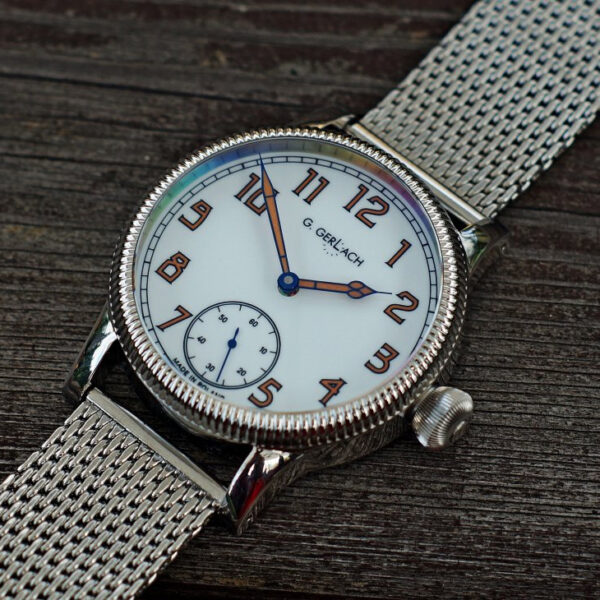 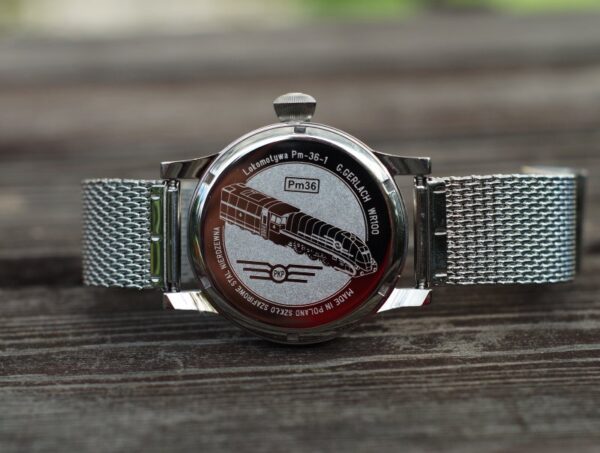 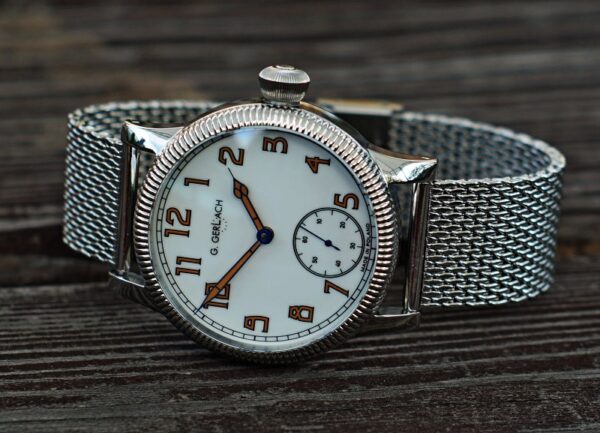 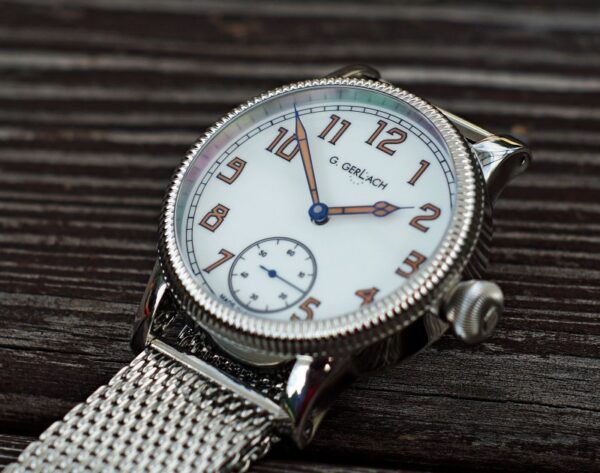 The watch is equipped with mechanical movement with hand winding (Seagull ST3620), Power reserve is up to 56 hours.

The Pm36 steam locomotive was designed in 1936 in First Polish Factory of Locomotives FABLOK. The main constructor was Kazimierz Zembrzusk great polish designer, inventor and scientist.

Before 2nd World War only two prototypes were built the same year. First of them (Pm36-1) had an aerodynamic cover. Aerodynamic cover was tested in a aerodynamic tunnel in Warsaw University of Technology. The second one (Pm36-2) had a standard look. Top speed of aerodynamic version was 20 km/h higher then the version without fairing, archiving astonishing for that time 140 km/h.

The Pm36-1 gained a gold medal at the 1937 International Exposition of Art and Technology in Paris (Expo). It was a great success for a growing industry of independent Poland between World Wars.

Only one locomotive survive the World War II. It was Pm36-2. It was in service until 1966. Letter it was transfered to Warsaw Railway Museum. In 1995 it went through a major overhaul and returned to the service as a tourist attraction in Wolsztyn Museum. It was named „Piękna Helena” – „Beautiful Helen”.

There are no reviews yet.

Only logged in customers who have purchased this product may leave a review.